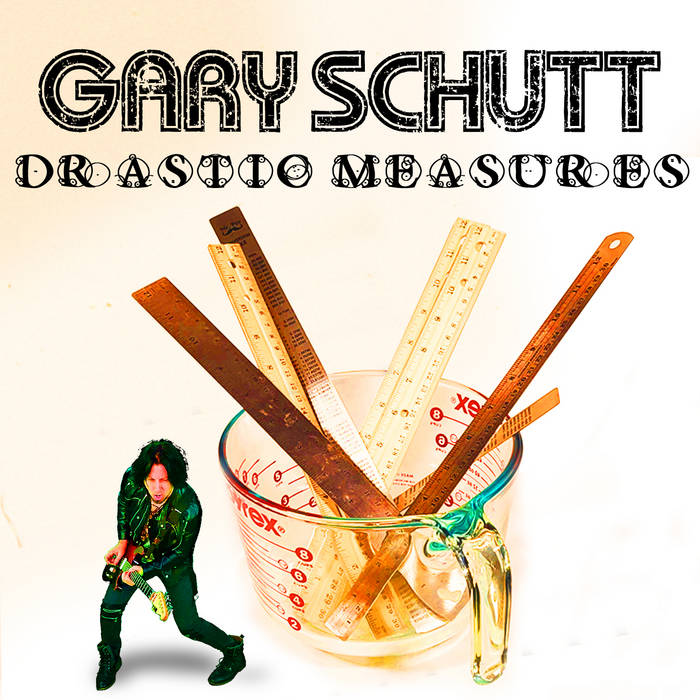 This is the SECOND album Gary wrote and finished during 2020. All brand new songs, everything performed and produced by Schutt himself.

This album included two leftover songs from the Nightmare and Bad Dreams sessions which were written and recorded during the original full pandemic shutdown. I decided to save them for the next album. The song “Drastic Measures”, I felt, would make a great album title as I already had a concept of the art in my head. “The Day After Tomorrow Never Comes” I felt was too similar to a lot of the poppy songs I already had on the Nightmares album, I had too much. I wanted the next album to reflect more of both of those, dark and brooding and semi-happy pop but I also wanted more of what I felt Nightmares lacked (for me), more guitariness! Is that a word? I just declared Guitariness a word! Theses two songs sat until September when I had some time and some inspiration to start working on 2020’s second Schutt album.